With over 40 years of experience in the Alhambra and San Gabriel Valley communities, Snyder Optometry has provided thousands of patients with the highest quality care.

This tradition of excellence began when Dr. David Snyder established the practice and will continue into the future as his son, Dr. Harlan Snyder, takes over the optometry practice. Together, their legacy of care excellence will forever be apart of the community they serve.

Dr. David Snyder attended UCLA and received his Doctorate in Optometry from the Los Angeles College of Optometry. He was a clinical instructor at the college until going into private practice in 1971. Dr. Snyder built and has maintained his practice in the Alhambra community ever since. For over 40 years, Dr.David Snyder has provided the highest quality vision care to thousands of patients. Many generations of families have trusted Dr. Snyder with their eyesight.

In addition to his long distinguished Optometric career, Dr. Snyder has also been an active member of the Alhambra community. He has served as President of the Rotary Club and Chamber of Commerce and has been a long-time board member of the YMCA.

Dr.Harlan Snyder graduated from the University of California at Santa Barbara with a Bachelor of Science degree in Pharmacology. He received his Doctorate degree from the Southern California College of Optometry graduating “Summa Cum Laude”, with the highest academic honors. Dr. Snyder also received the prestigious Beta Sigma Kappa Medal of Honor, for the highest GPA in his graduating honors class. In addition to these academic achievements, he received numerous awards and scholarships for excellence in clinical care. After receiving his Doctorate he then completed a one-year residency at the Veteran’s Affairs Hospital in Sepulveda, California with a special emphasis on disease management and geriatrics.

At Snyder Optometry, we provide a variety of vision care services that can help you improve your eyesight and health. They include Eye Exams, Disease Evaluation, Eye-wear Fitting and Surgical Preparation
Eye Exams

Snyder Optometry
4.9
Based on 23 reviews

David Anderson
14:22 12 Mar 20
I have been a patient here for over 10 years and the baton has been effectively passed to the son Harlan. The exam is thorough - the most thorough I have had... for a number of years and the practice also has available equipment for eye diagnosis for eye diseases which is not commonly available at optometrists. The office staff is experienced and friendly as is the professional so you can't go wrong with eye service.read more

Pauline Martinez
01:50 11 Mar 20
Great and friendly service,did not need to wait long even for not having an appointment, all staff members were very attentive and welcoming 😊

Mariposa M
00:07 11 Mar 20
First of all Dr Snyder’s office is very warm, it feels like you’re going to your great uncle’s house. The staff is funny, kind and informative, they get all... insurance info and give you options for you to choose. Dr. Snyder sees it all lol he asks questions that you don’t think about and really looks into your eyes, get it, he’s thorough and patient. This office isn’t your typical eye place, it’s not in a shopping center or a mall or on a busy street. They’re not in a big box store either, this is like you’re personal private family eye Dr, they make you feel at home becz they’re patients are like forever family to them, which I will forever be You will fall in love with them because they’re The Best.read more

Inez Arakaki
00:15 28 Feb 20
A good and clean office. The staff was very nice and informative. I do plan to keep on going there. I was even able to take my two boys there for their eye... exam.read more

Dyane Ramirez
02:26 14 Feb 20
Staff is friendly and professional they worked with me when I needed to reschedule the appointment. The place is clean, welcoming and tidy. My 4yo was nervous... but Dr made him feel comfortable.read more

Vivian Session
16:36 21 Jul 16
They treat how your supposed to be treated. It looks like a house but comfortable

Snyder Optometry
5.0
Based on 38 Reviews

Heather M.
2021-03-25 18:08:37
Snyder optometry is an amazing family owned and operated small business. They are located off of Main Street in a quaint little neighborhood style... read more

Kevin Q.
2019-10-09 04:59:38
Would and have recommended for anyone. Both Dr. Snyders are great. Meticulous in their diagnosis. Gave great eye advice on how to care and deal with eye... read more

Liroy El Dubb W.
2019-07-13 10:07:08
I love this place Mr Snyder, his Son & the staff are amazing very customer service oriented and friendly. Their customers matter to them and it shows in... read more 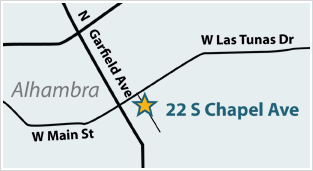